You are here: Home / Archives for BallaterStreet

18 Ballater Street formerly 18 Govan Street. The Old Hampden Bar early 1970s. There has been licensed premises here since 1877. The first licensee was well-known and respected wine and spirit merchant Peter Buchanan. Mr Buchanan set up some of the best bars in the city, including, 9 Dundas Street, 76 Glassford Street, 122-24 Canning […] 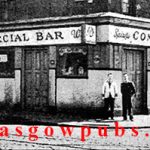 320-22 Ballater Street, Gorbals, Glasgow. Demolished. The Commercial bar with owner William Byrne and head barman 1955. The Commercial Bar was situated at the corner of Ballater Street and 49 Commercial Road hence the name of the pub. This photograph was taken with Mr Byrne the licensee outside the premises shortly before the pub was […] 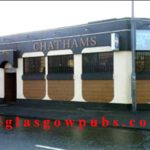