You are here: Home / Archives for NelsonStreet

123 Nelson Street, Glasgow. G5 8DZ. Tel: 01414291783. The Lord Nelson. 1991. This old established pub is now a Rangers football fan pub with red white and blue every where. Watch out for the dour faced barmaid, I have never seen such a sad looking barmaid in the city of Glasgow, she must realy hate […]

140 Nelson Street, Glasgow. G5. The Gallery. 1991. This old southside howff dates back to 1873 when landlords Armstrong & Shaw traded from the premises as wholesale and retail wine & spirit merchants. Over the years a few of Glasgow’s prominent licensee’s owned this pub for a short while, Dennis McAuley, Michael Flynn and […] 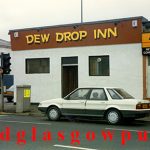 148 Nelson Street, Glasgow. G5 8EJ. Demolished. The Dew Drop Inn sat at the corner of Nelson Street and 93 West Street, Tradeston. It was formerly known as “The Rose”. There has been a pub on this site since 1863. Landlord James Wilson stayed across the road for his place of business. The old building […] 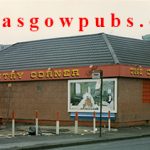 Country Corner: 33 Nelson Street, Glasgow. G5 8BU. Closed. The Country Corner. 1991. In the 1850s Margaret Dale a dressmaker, Milliner and Furnisher occupied this site. In 1858 a licence was granted to a gentleman called George McKay to sell wine and spirits, Mr McKay lived in Eglinton Street not far from his place of […]