You are here: Home / Archives for Address C / Cathedral Square 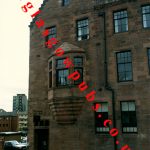 109 John Knox Street, Glasgow. G4 0UY. Tel:0141 552 3519. Cathedral House. 2003. The hotel was built in 1877 and it was originally a hostel and rehabilitation centre for prisoners (Discharged Prisoners Aid Society) who had been released from the nearby Duke Street Prison. It now serves good quality snacks, dinners and an A la […]