You are here: Home / Archives for Austins 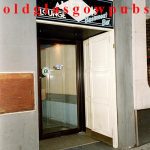 183a Hope Street, Glasgow. G2 2UL.  Austins Lounge Bar, 1991. This may not look like an old established pub but it has been around for a long time.  Austin’s was a well known gay bar during the 1980s and 90s. Named after Robert Austin who had previously owned the Tropics Bar, Argyle Street, under the […]