You are here: Home / Archives for The Comet Bar 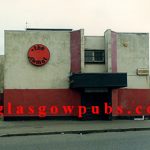 773 Bilsland Drive, Glasgow. G20 9PA. Demolished. The Comet. 1991. This notorious bar has now been closed for years, it now lies derelict while a new housing estate is being developed around it. This pub was opened in 1972 by Gavin Allan. The Comet Bar. Thanks to Sean Daleer. Update May 2009… This eye-sore has […] 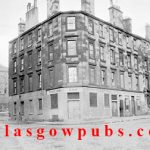