You are here: Home / Archives for James Street 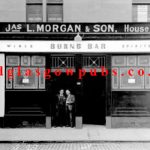 146 James Street, Bridgeton, Glasgow. Demolished. James Durward owned this pub in the 1930s, he continued as licensee for thirty years. In 1968 John Kenneth Dunbar took over the licence. When the building was condemned the Dunbar family removed to Landressy Street, just around the corner from the pub, this pub still operates today and […] 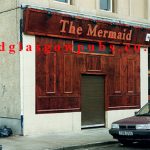