You are here: Home / Archives for Matthew Reid 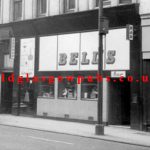 247-49 St George’s Road, Glasgow. Bell’s Bar. 1964. This was once called McBeth’s Bar in 1912 until after WW1. Alexander McBeth the proprietor moved here from across the road, where he had a public house from as early as 1891. Before WW2 George Smith was landlord here, after the war Duncan Smith ran the pub. […] 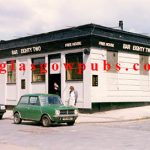 82 Dundas Street, Glasgow. Demolished. Bar Eight Two. 1980s. To read the full history of Matthew Reid and his empire of Glasgow public houses click here. The pub changed it’s name at the end to Bar Eighty Two. Matthew Reid’s Bar. 1960s. A feature of Matt Reid’s which grew over the years was one of […]