You are here: Home / Archives for Anderson’s Bar 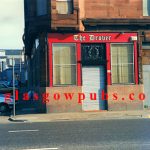 447 Gallowgate, Glasgow. G40 2DX.Tel: 0141 554 2715. There has been licensed premises here since at least 1845. John Ramsay a well known east end publican took over the pub in the middle of the 1870s, he also owned Ramsay’s Bar in Duke Street. The old premises were demolished and a new tenement of flats […] 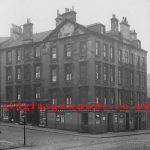