You are here: Home / Archives for Address C / Caledonia Road 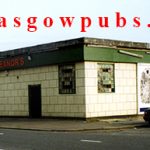 Other names for this pub “Tuckers” Pullman Bar” “Ben Cleuch” “McCutcheon’s Bar” 84 Caledonia Road, corner of 69 Florence Street, Gorbals, Glasgow. Demolished. Treanor’s 1991. Treanor’s was one of the last pubs to be demolished before the new Gorbals housing estate was built. Treanor’s Bar used to sit on it’s own at the corner of […] 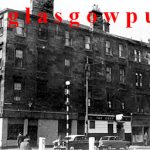 47 Caledonia Road corner of 370 Crown Street, Glasgow. G5. Demolished. The Caley Bar, image taken from Caledonia Road looking up Crown Street. Thanks to Norrie McNamee. There has been a public house on this site since 1859. The first licensee was spirit merchant Robert McCormick. He lived with his wife and family at nearby […] 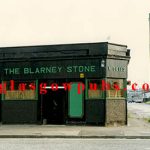 30 Caledonia Road, Gorbals, Glasgow. Demolished. Blarney Stone. 1991. It was sad to see this old favourite Gorbals haunt demolished. A new housing development now occupies the site. The Blarney Stone sat at the corner of Caledonia Road and Thistle Street. This old pub dated back to 1863 when William Ross occupied the premises until […]