Here are a list of pubs from Main Street, Bridgeton. 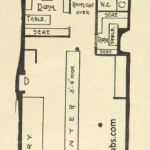 32-34 Main Street, Bridgeton, Glasgow. Demolished. Mr Patrick Donaghue owned this premises in 1911 and was subject to a very important case that affected publicans since the passing of the Licensing and the Children Acts. Important Case under Children Act In 1911, Patrick Donaghue was at the High Court of Justiciary in Edinburgh because he […]

291-93 Main Street, Bridgeton, Glasgow. The interior of the Shawfield Bar early 1980s. The Japanese are responsible for the introduction of the Karaoke machine. While years gone by the locals here may have had a wee singsong or one of the locals played a tune on the ivories. By the 1980s Karaoke, Japanese for “empty […] 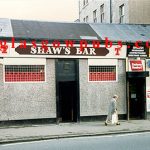 75 Main Street, Bridgeton, Glasgow. G40 1QB. Closed Down. Shaw’s Bar. 1991. This very old Bridgeton bar has closed it’s door many times in recent years. There was a pub on this site in 1849 occupied by publican Joseph Porter. Over the years many publicans have come and gone, some of them staying longer than […]

79 Main Street, Bridgeton Glasgow. G40 1QB. Tel: 01415542925. Park Lane Tavern. 1991. Victualler and Spirit Dealer James Denholm occupied licensed premises on this site in 1849. When Mr Denholm died his wife took over the licence and sold up shortly afterwards. In 1858 James Boag took over the running of the old pub which […] 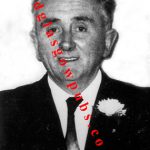 147 Main Street, Bridgeton, Glasgow. This old pub was also known as the International Bar. Main Street in Bridgeton was once a great shopping area in the East End of the City. Pub too were plentiful, and at one time there was 27 Public Houses on Main Street alone. There has been a pub on […]