You are here: Home / Archives for Address W / WattStreet 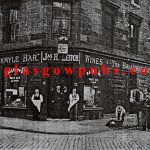 180 Watt Street, Kinning Park, Glasgow. Ballochmyle Bar. circa 1897. The Ballochmyle Bar was situated at the corner of Watt Street and Ardgowan Street a public house that only lasted a few years. Mr James R Leitch the proprietor took over the pub in 1899, paying an annul rent of £39. James was born in […] 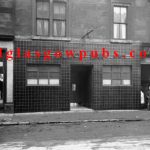