You are here: Home / Archives for New Camp Bar 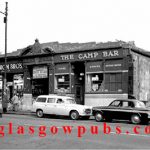 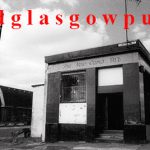 529 Garscube Road corner of 2 Camperdown Street, Glasgow. G20 7LD. Demolished. The New Camp Bar. 1970s. There has been a public house on this spot since the 1860s. One of the first names this pub had was the Oakbank Spirit Vaults, the pub was situated next to the Oakbank School at the corner of […]