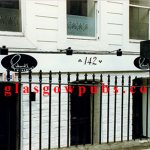 142 West Regent Street, Glasgow. G2 2RQ. Tel: 0141 204 3605. Richards Basement. 1991. Update…2005. Now Called the Bear. In the NEWS 1979… A Warm Welcome to the Hot House… Mouth-Watering moussaka, burger on sesame bun with French fries, tagliatelle Bolognaise and quiche…, all at one restaurant. Versatility is the trademark of the newly opened […] 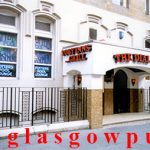 4 West Regent Street, Glasgow. G2 1RW. Closed. You can walk through this large establishment and end up in another pub in Renfield Street, the Renfield Arms. Owner Mr Daniel McAuley took it over a few years ago, his father Tony was a well known and respected publican in the Gorbals for many years, in […]