You are here: Home / Archives for Station Bar 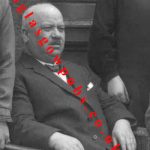 John Eadie. Mr John Eadie. 1892. Mr John Eadie was born in April 1867 in South Leith, he spent most of his life in Glasgow, a city that found him work and wealth. When young John came to Glasgow he worked in the shipyards on the River Clyde as a Stevedore and Measurer (dock labourer, […]

25 Stobcross Street, Glasgow. In 1875 Neil Brown was landlord here, he also owned licensed premises in Duke Street and High Street. In 1891 Jeanie Davidson Williamson acquired the licence, she continued as licensee until the 1920s. The owner’s of the property was the Caledonian Railway Company, she paid them an annul rent of £65. […]

55 Port Dundas Road, Glasgow. G4 0HF. Tel: 01413323117. To read the history of the Station Bar click here. Bar manager Thomas W Stothart. 1893. Young Thomas Stothart started work in this bar at the bottom of the ladder and worked his way up to manager, is employed stated that he was a friend and […]